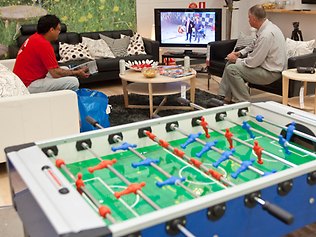 Over the fathers day weekend Ikea Trialed a “crèche” for retail-weary men, complete with Xbox consoles, pinball machines, continuous televised sport and free hot dogs.
The space is a male-only spot to hang out in while wives and girlfriends peruse the aisles.Publicity manager Jude Leon said the idea was modelled on the Swedish furniture giant’s existing child play area, SMALAND. Ms Leon said women were given a buzzer to remind them to collect their other half after 30 minutes of shopping. "Despite most men dreading a trip to the shops, we still attract a high proportion of male customers,” she said. “So we’re expecting the scheme to be a real success with both sexes.”
Full Story Here

I love the Idea however I am not sure who the buzzer idea patronises more, the husband or the wife... 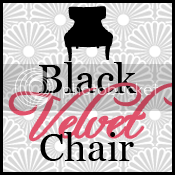